Back in 2014, Colne-based Antony Minshull applied for a joinery apprentice role through Calico Enterprise’s ‘Constructing the Future’ shared apprenticeship, with hopes of gaining a wide range of construction experience with different contractors throughout the three-year course.

After spending his first year as an apprentice on different sites in Pendle, Antony embarked on his second year with Ring Stones. He was initially put on the maintenance side and worked with the in-house team. This further helped Antony to build on his knowledge and experience. Ring Stones then offered him an opportunity to switch to their new build sites.

This new challenge quickly escalated Antony’s development in a big way. Here, he learned about all aspects of site work, from roofing through to final fixing, giving him an in-depth overview and vast experience in a full spectrum of work involved in the project.

After a project manager, and various other colleagues at Ring Stones, spotted Antony’s potential, they offered him additional mentoring and guidance to encourage him to succeed as a sole trader within the industry.

Once his apprenticeship ended in August 2017, Antony decided to use his newfound confidence and skill set by becoming self-employed. One of his first jobs was on a new project which had been awarded by Ring Stones. This sparked the idea of him setting up his own limited company in order to start pricing for works and win contracts in the future.

Setting up his own limited company came with a few challenges. Antony had to learn how to create his own tender packs, pricing, risk assessments and method statements, amongst other aspects required. He was supported throughout by various members of the Ring Stones team, including Ring Stones Head of New Build, James Flitcroft, and the in-house Health and Safety Inspectors.

Antony won a contract to work on Florence Avenue; a site which created a multi-generational neighbourhood of 24 bungalows in South West Burnley. This led to him taking on two freelance joiners to help with the build. After Florence Avenue, Antony went on to work successfully on several other local regeneration projects and continues to gain contracts.

More than six years later, Antony has now gone full circle and set up his own joinery business, Minshull Joinery, becoming a trusted and valuable subcontractor for Ring Stones. He is also in a position to look at employing his own apprentices through the same scheme that initially helped him, helping to boost employment in the area.

Antony says, “I’ll always be grateful for the opportunity given to me by Calico Enterprise and Ring Stones. Looking to the future and focusing on growth progression and exposure is at the forefront of my plans, having priced for further works for Ring Stones. I’ve also contacted several other firms to start and grow with other construction firms.

“Hopefully, as my business continues to grow, I can give back by passing my knowledge on, with plans in place for taking on my own apprentices so someone else can have the opportunities and experience I have had.”

James Flitcroft, Head of New Build at Ring Stones, says, “Antony first came to me when he was a second-year apprentice joiner. I could tell that Antony had something about him and wanted to do well.  He had all his own tools, he turned up on time, if not slightly early, always cleaned up his work area and enjoyed interacting with other trades.

“Knowing how dedicated Antony was, I talked to him about his future plans, offering advice and support. Antony and his team did a fantastic job on Florence Avenue, which led to the award of other jobs with Ring Stones. He is a pleasure to work with and is held in high esteem by myself and all of the Site Managers and Quantity Surveyors.”

Chris Goss, New Build Site Manager at Ring Stones, says, “Antony started working on Florence Avenue doing the joinery works through the build; this was his first contract as an established business with us here at Ring Stones. During the build, Antony had to employ his own people for the site, stick to the programme and deliver a high quality of works that was satisfactory to our expected standard.

“Antony did all these tasks incredibly well on Florence Avenue. Any challenges that were presented, such as needing to catch up on the programme due to delays cause by poor weather conditions, he succeeded in overcoming with ease. I personally can’t say enough good things about Antony, and it has been a privilege to see him progress over the years.” 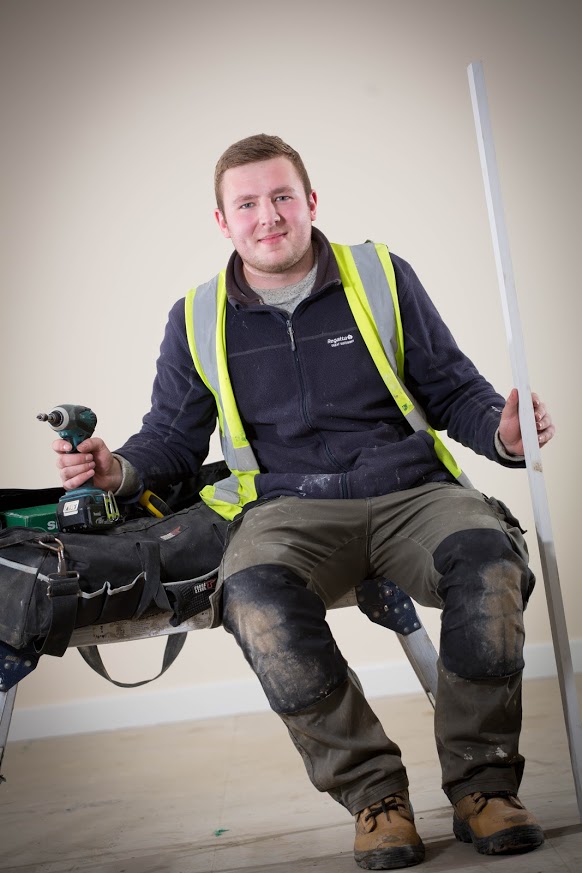